An apprenticeship manager at 2 Sisters Food Group has been successfully shortlisted as a finalist in the 2019 Scottish Ex-Forces in Business Awards in the Team Leader of the Year category. 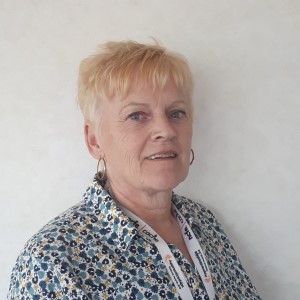 Janette Graham, apprenticeship programme manager, has been recognised by the military for ex-personnel who are now excelling in civilian life and are important role models for current and future service leavers.

Since leaving the Forces, she has worked in learning and development roles and more recently she has focused on the development of food science and technology staff and has led the drive for technical specialists.

Janette has been the industry lead on the development of Operations, Science and Sustainability Trailblazer apprenticeships and Science T levels.

Janette said: “I am delighted to have been recognized and shortlisted for the Scottish Ex-Forces in Business Awards and look forward to attending the ceremony on 3rd December at the Double Tree by Hilton Hotel Glasgow.”

Zoe Eyre, HR Director, Bakery Division at 2 Sisters said: “Janette is well known within the Food industry for her vast knowledge and passion. She has acted as overall Chair of the Food and Drink trailblazer groups and has directly led the development of the Food Technology, Operations, Hygiene and Sustainability Apprenticeship standards in conjunction with the National Skills Academy for Food and Drink.

“The Food Technology and Operations standards have now been up and running for the last two years and this is enabling industry to build a highly skilled workforce.  In the area of Food Technology the industry has over 400 students accessing programmes which have never existed previously.”